Home > Banking > Bitcoin and its legal status in Spain

Bitcoin and its legal status in Spain 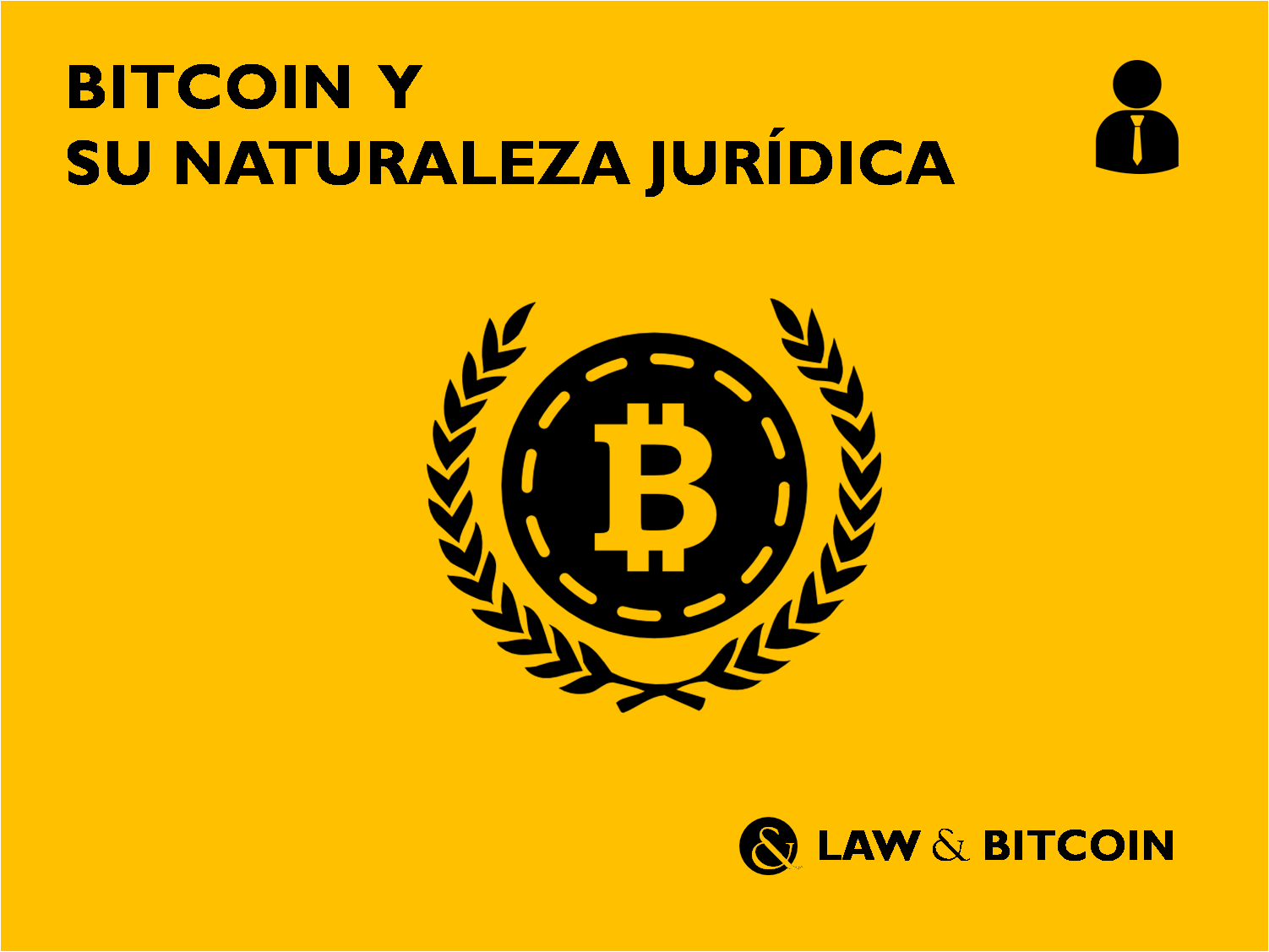 As you may recall, we published an article last week in which we discussed about how the Spanish tax authorities stated (in a binding consultation) the  VAT exemption of Bitcoin transactions, given that they considered that Bitcoin transactions shall be deemed as financial services. It is true that this consultation clarify the nature of Bitcoin for legal purposes. Nevertheless, there is still a long way to go as regards Bitcoin and its legal status. Hence, other questions may arise, such as the following: Are Bitcoin companies subject under the Spanish Anti-Money Laundering (AML) Act [1]?

[Note: This post refers to the Spanish regulation related to Anti-Money Laundering]

At first, it is doubtful that the activity of exchange or sale of Bitcoins could be covered within the scope of Spanish Anti-Money Laundering Act, since the subjects bound by the abovementioned Act are included in a closed list (article 2), which does not seems to include this kind of operator.

However, we cannot deal with an issue like this without making an approach to the legal status of this this technological phenomenon.

Bitcoin and its legal status

Is Bitcoin a legal tender?

At first, according to the Virtual Currency report submitted by the Financial Action Task Force (FATF) in June 2014, virtual currencies shall be deemed as “a digital representation of value that can be digitally traded nad functions as a medium of exchange; and/or a unit of account; and/or a store of value, but does not have legal tender status in any jurisdiction”.

From this definition we can conclude that Bitcoin cannot be considered as a legal tender.

What does the Spanish Civil Code say?

Based on the known article published by Pablo Fernández Burgueño (awarded with the Prize to the 2013 Best Legal Post, granted by “Derecho en Red”) we can consider Bitcoin as:

“A private, intangible digital asset, used as unit of account, created by a computer system and used as a common meassurement of value by agreement of the system’s users”

Under the articles 335, 337 and 345 of the Spanish Civil Code, bitcoins are movable, fungible, divisible, unrepeatable assets, which cannot be copied.

What does Common Law say about that?

Bitcoin could be covered, according to the opinion of Javier González Granado (Spanish Notary) by the definition of LETS (Local Exchange Trading Systems), considered in the Anglo-Saxon world as a kind of assets which are used as a common measurement of value in the economic exchange systems (which are cooperative and decentralized), different from legal trend and trust-based.

¿Can Bitcoin be regarded as e-money?

Nevertheless, in order to consider virtual currencies as money orders, we should analyze the Law 21/2011 related to e-money, which defines e-money as:

“A monetary value digital and magnetically stored which represent a credit over the issuer, submitted with the purpose of making payment operations” under the article 2.5 of the Law of payment services (Ley 16/2009, de 13 de noviembre, de servicios de pago) and which is accepted by a natural person or a legal entity different from the issuer of the e-money.

Given that in Bitcoin transactions there is no credit granted by the issuer, it cannot be considered as e-money, because the issuer of the abovementioned credit doesn’t exist.

¿What has been said outside Spain with this regard?

Several international and european bodies consider that digital currencies, as Bitcoin, shall not be considered as legal trend, nor e-money, financial intruments, or payment instruments. Among other bodies:

However, even if digital currencies, such as Bitcoin, cannot be considered as legal trend, financial intruments or payment instruments, it may be defined as an electronic intangible asset used as unit of account which may be used in transactions as a mean of payment to the bearer. Consequently, Bitcoin transactions seems to be covered by the article 2 of the Spanish AML Act:

Given that Bitcoin is used as mean of payment to the bearer, we could consider that the Spanish AML Act would apply under the article 2. However, in a consultation (184/47663) of 3 March 2014 submitted before the Spanish Government with this regard, this question is remains unclear: “in case the Monetary and Financial Authorities consider that Bitcoin is a mean of payment designed to be used as a mean of mayment to the bearer, limitations to payments in cash would apply” (AML restrictions).

With this regard, neither we have a decision made by EU Authorities (although it is being studied by the European Comission). However, the European Central Bank, in its report of February 2015, stated that virtual currencies are not regulated yet and they are not subject to the scope of application of the Payment Services Directive and the Electronic Money Directive. In this sense, the European Central Bank recommends to the national and european authorities to use their legislative framework (and if applicable, to ammend it) in order to apply it to Virtual Currencies.
This situation implies a legal vacuum related to the scope of application of the Spanish and European regulation. In this sense, it is necessary a decision submitted by the Spanish and European authorities which clarifies whether Bitcoin is a mean of payment (to the bearer or not). Furthermore, the United States authorities stated (through an Order of March 2013 submitted by the Financial Crimes Enforcement Network –FinCEN-) that the exchangers which operates purchasing and selling Virtual Currencies for money (referring to a legal trend) and those who operates as holders of Bitcoins are subject to the AML regulation, given that these kind of transactions are considered as a transfer of value. Consequently they shall be registered as “money transmitters”. However, they also state that the users who just use Bitcoin as a mean of payment for goods and services would not be subject to this regulation.
As previously stated, neither we can confirm yet (under the Spanish and EU regulations), that Bitcoin transactions shall be deemed as e-money transacctions nor means of payment to the bearer. Consequently, we should wait to the Spanish and/or EU authorities to take a decision with this regard in order to determine if those transactions are subject to AML regulation.

Then  there is an advance of our next post:

Despite of the consideration that the activities of purchase and exchange may be (or not) subject to Spanish AML regulations, we can confirm, undoubtedly, that a compliance of these AML regulations is necessary for Financial Entities.

That said, to the extent that the purchase and exchange of bitcoins may affect to the financial operative of these Financial Entities (such as bank transfers in order to deposit Euros, credit card payments, etc.) those operators (e.g. exchangers) which purchases and exchanges bitcoins are subject to the Spanish AML Act.

In this context, Juan Llanos, from Bitreserve, stated in a meetup celebrated in Madrid (Spain) on 25th April 2015 that as far as it can be used to transfer value, Bitcoin has born regulated. Individuals may not like this sentence, however, regardless of their preference, this fact is undeniable, so Bitcoin must comply with the Spanish AML Act in several cases. 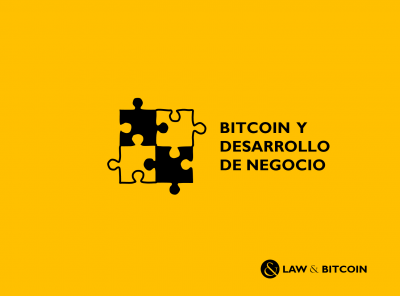 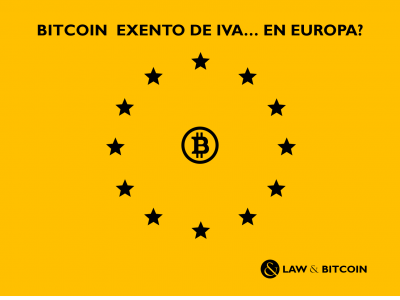 Bitcoin is exempt from VAT in Spain
About Post Author