Close to the ending of the MtGox’s bankruptcy proceeding 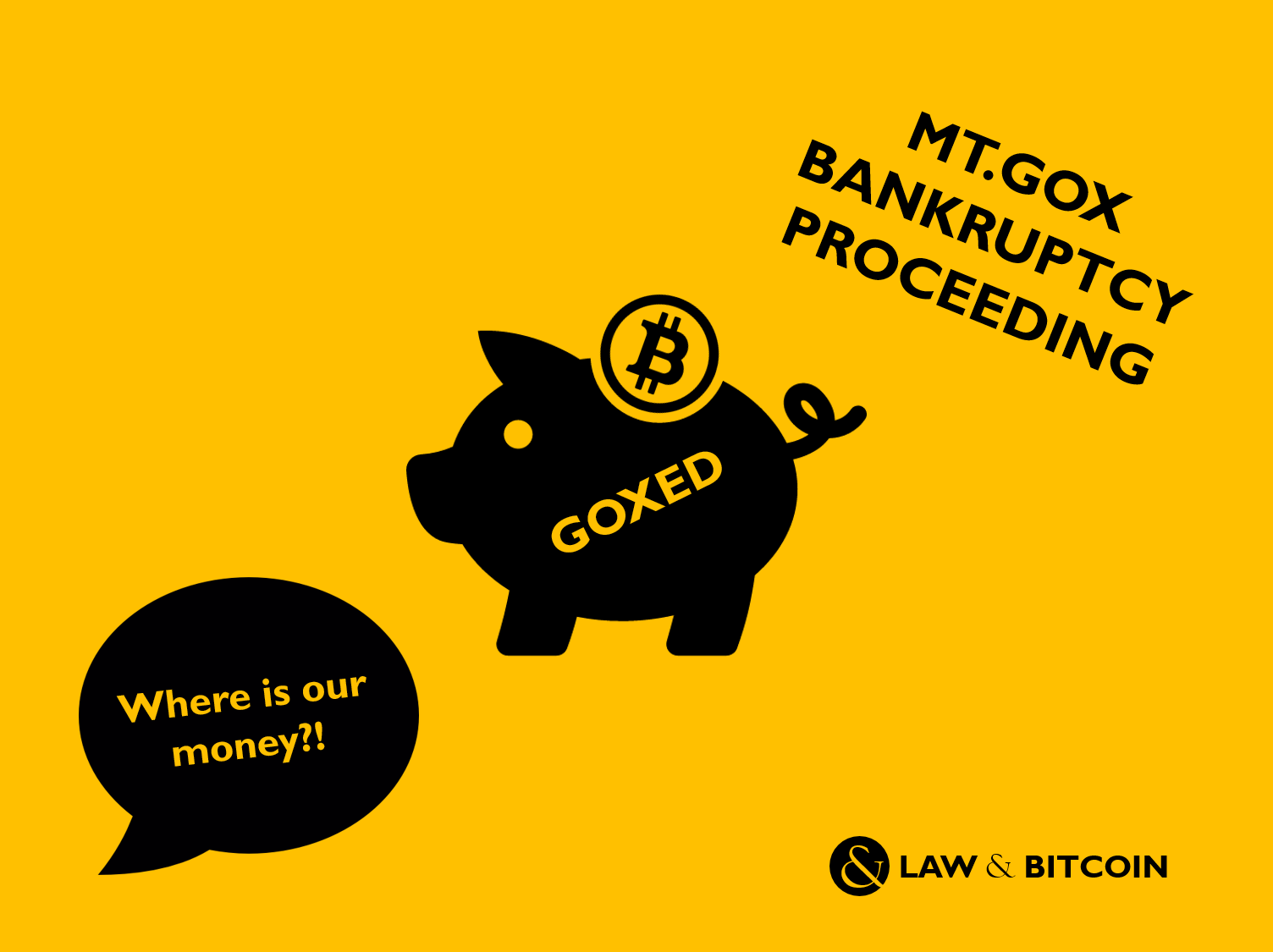 We are close to see the ending of MtGox’s bankruptcy proceeding. In this sense, Tokio District Court has issued its last report with this regard. We can see the real amount of assets owned by the company.

In particular, we can highlight the following items:

Finally, the report states the following:

Here are the current Assets and Liabilities, Incomes and Expenditures and the Balance Sheet of MtGox: 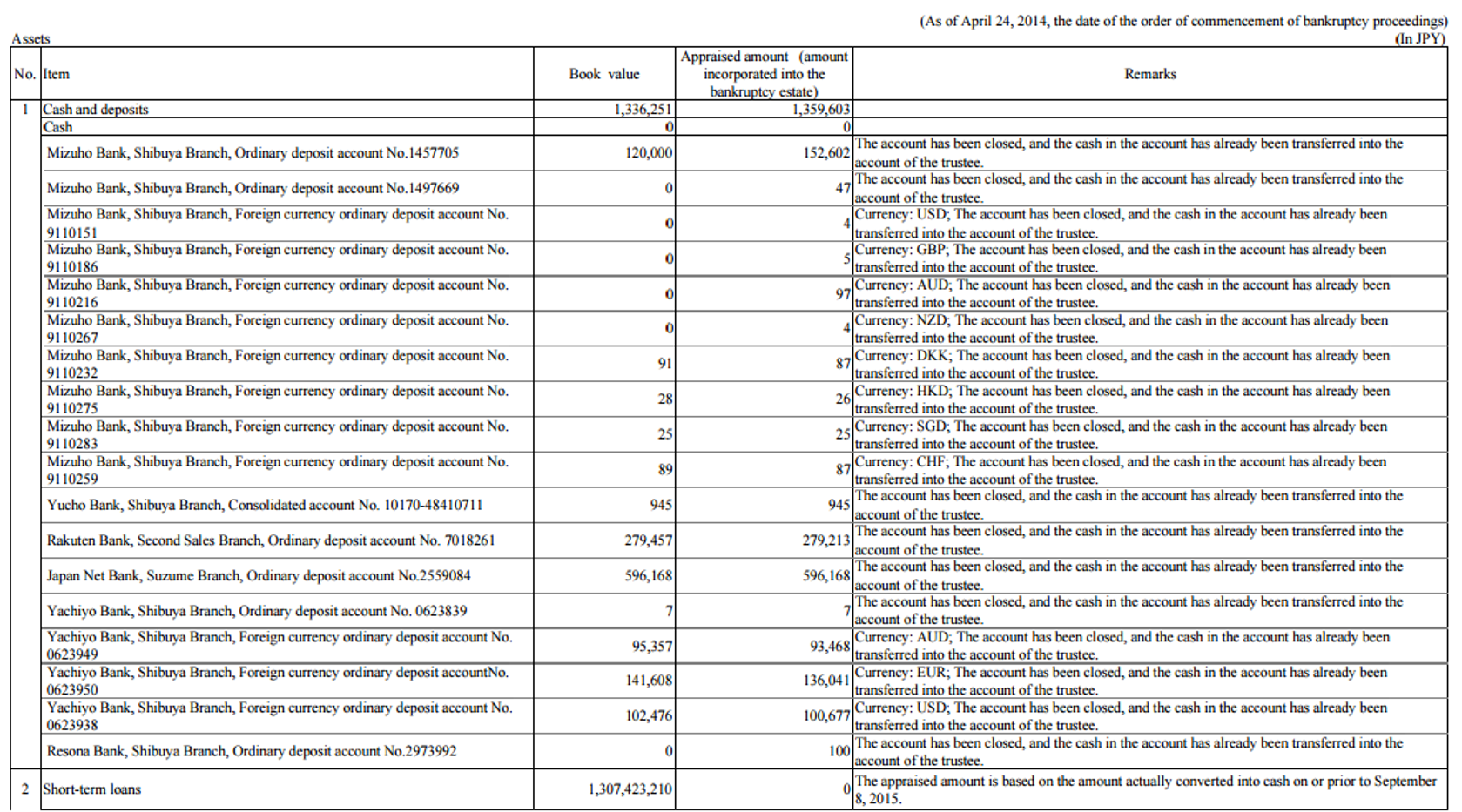 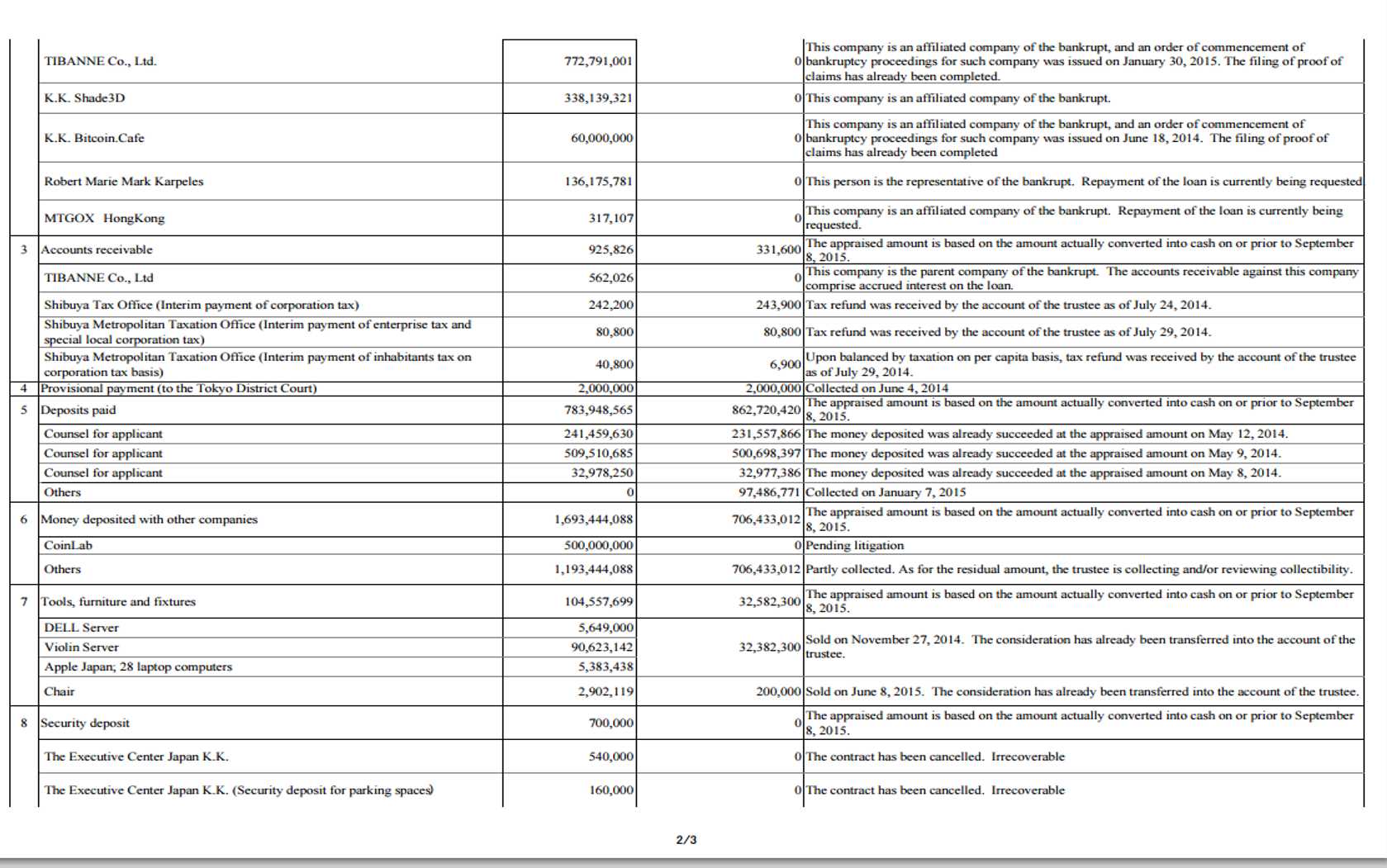 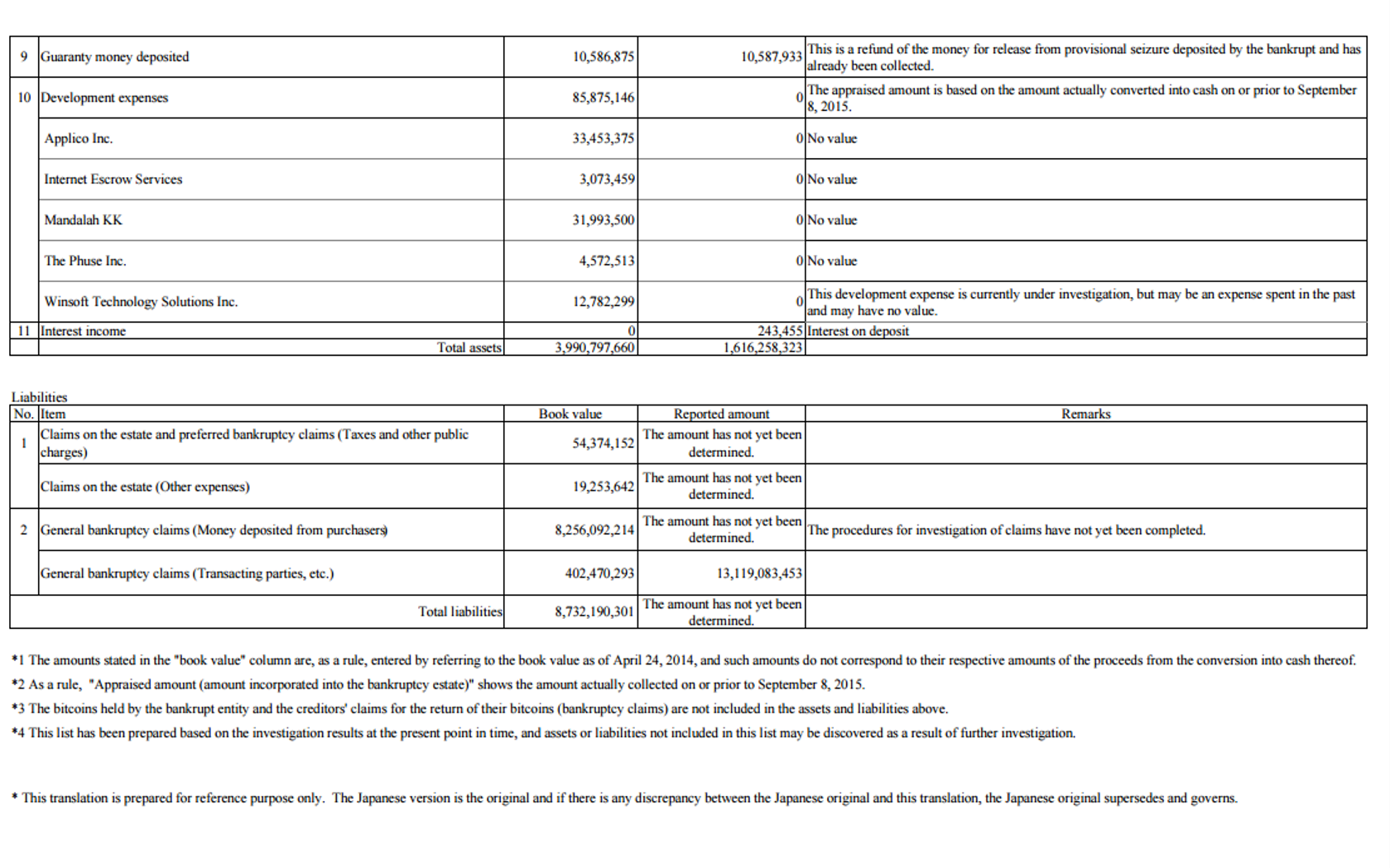 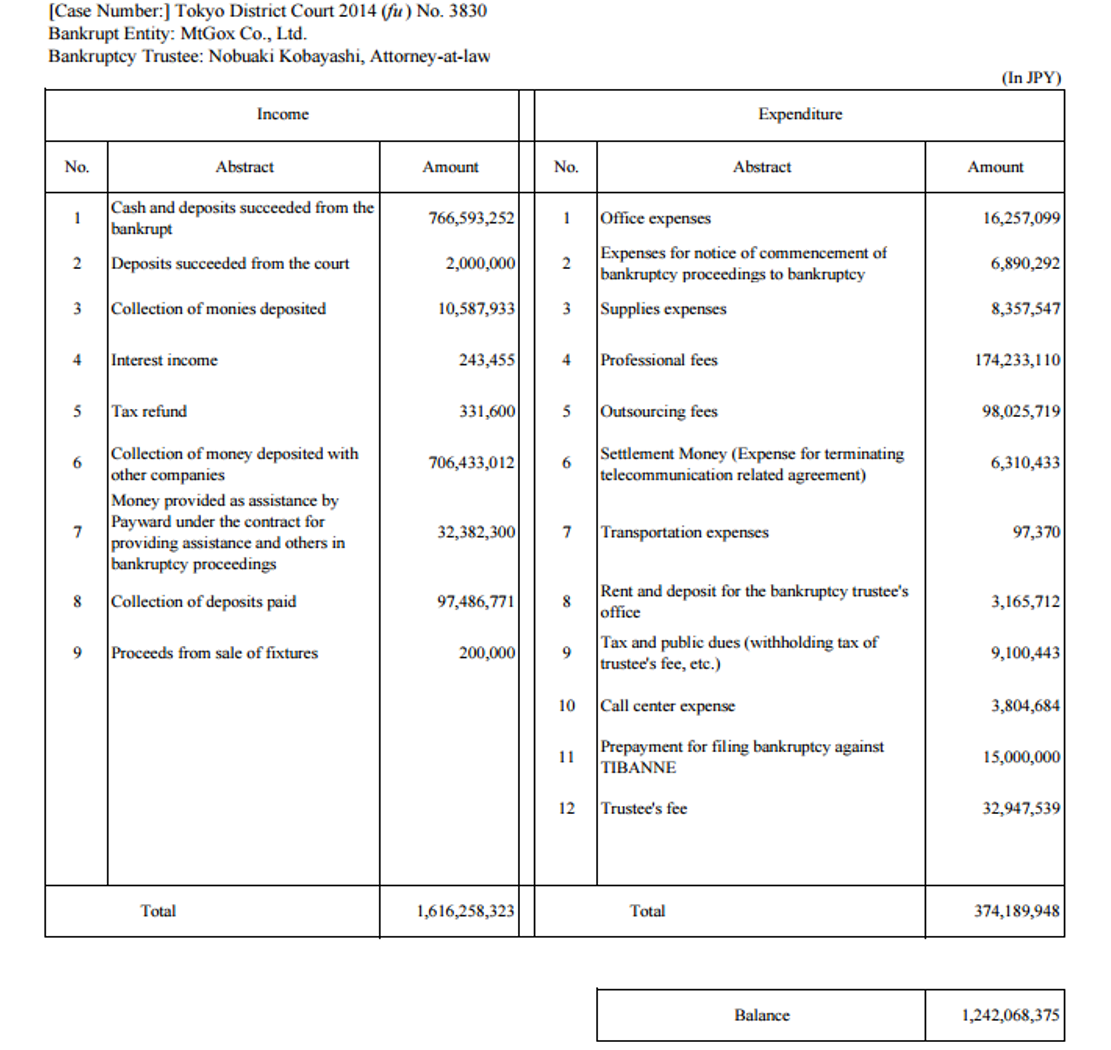 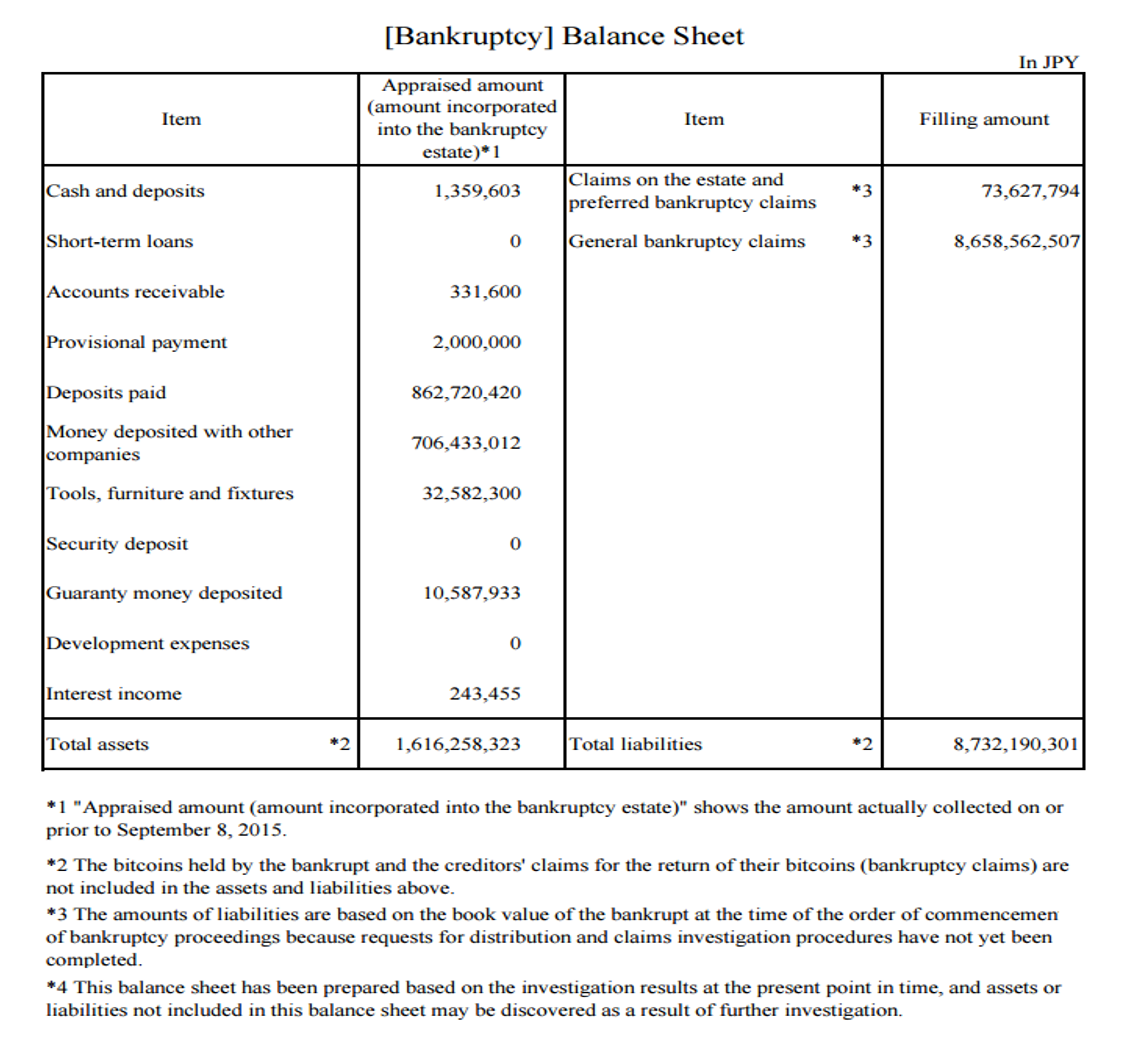 Note: In the following days we will post a series of articles explaining the MtGox case in depth. Jorge Ordovás (a creditor in the MtGox case, who decided to enter into the bankruptcy preceeding to investigate the situation) will explain to us every issue related to the procedure.